BOB MARLEY: A GREAT INFLUENCE ON THE WORLD

Robert Nesta Marley was born on the farm of his maternal grandfather in Nine Mile, Saint Ann, Jamaica. He was born to Norval Sinclair Marley and Cedella Booker. His father, Norval, was a white man in the Royal Marines who met Bob’s mother, a Jamaican teenager, only a few times.
Bob was raised solely by his mother but later in life he would seek out his father’s relatives only to be rejected. 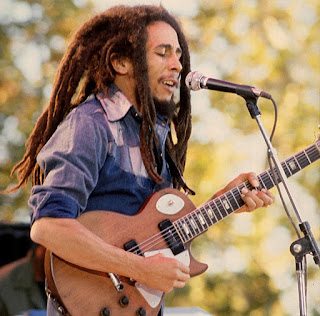 Bob began playing music after he moved to Trenchtown, in Kingston Jamaica and it was here that Bob began to see music as not only a way out of poverty but also a tool to create change. Bob matured in the shadow of Jamaica gaining independence and subsequently being thrown into Civil War. It was this atmosphere that helped to create arguably the most inspiring musician this world has ever seen. 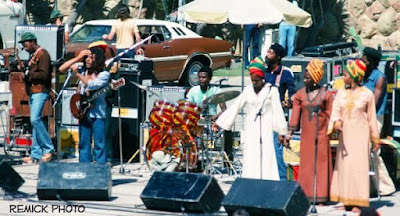 Jamaica's popular music which always served to spread stories had developed from calypso to mento and to ska when Marley first started his music career. He soon developed reggae from ska and reggae gave him new vision and ambition. He wanted to make music that would satisfy and represent his homeland Jamaica, but that which would also reach a larger world outside. 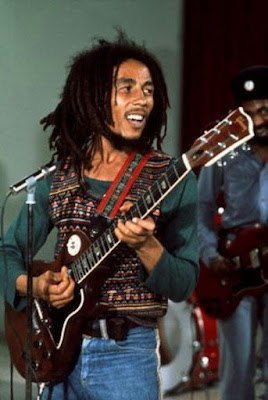 After a series of breakthroughs, that is the recording of some of the band's best music with the innovative producer Lee Perry in the early 1970s and a setback or two which included the making of a misbegotten album for Jamaican release and a floundering artist deal at CBS, Bob Marley and the Wailers approached Jamaican-raised Chris Blackwell, the head of Island Records, in England who had helped distribute reggae, including the Wailers' music, in the U.K. for years through the Trojan label. 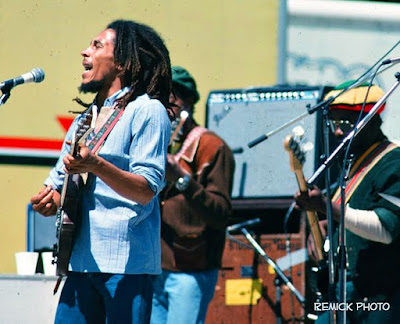 The rest as they say is history suffice it to say that Bob Marley became a widely recognized force, and numerous other artists during the 1970s including Paul McCartney, Stevie Wonder, Elvis Costello and the Police would reflect his influence by following through on some of the possibilities that his music was creating. 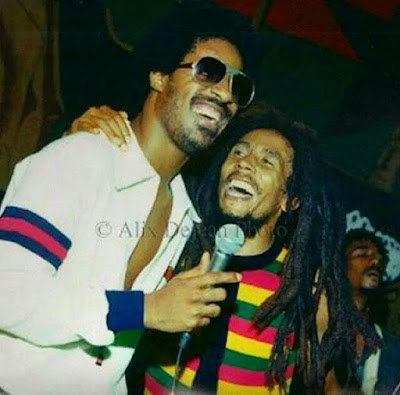 Bob Marley popularized reggae, a music that had once sounded strange and foreign to many ears in the world. His music gave hope to millions, not only in his home country, but all over the world.
His growing fame not only among music fans the world over but also among human-rights campaigners, political activists and even freedom fighters in Africa in 1970s had established Marley as the most admired Jamaican the world over, and in his homeland, he was one of the island's true moral leaders, much to the disgust of those who reviled his radical ghetto and Rasta identity.

Marley's later albums form a related body of work, though of a different sort. His earlier groundbreaking records featured lovely music bearing tales of unbearable realities. By contrast his later studiorecords: Exodus (1977), Kaya (1978), Survival (1979), Uprising (1980) and the posthumous Confrontation (1983) wore much of their resistance in the albums' titles, whereas their contents were only occasionally about conflict and upheaval. Rather, these were albums about sustaining hopes, small pleasures and the solace of love. These recordings were more commercially successful but struck many critics as too full of popwise moves, and there were some devastating reviews, especially in Rolling Stone Magazine. 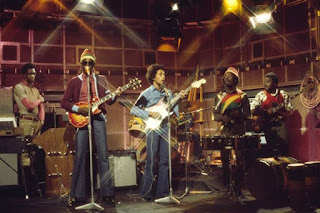 One of the last songs Marley wrote was "Redemption Song." It was the very last song he performed in public, as he perched on a stool onstage that night in Pittsburgh, September 22nd, 1981, accompanied by only his acoustic guitar. Weary, knowing his death was inside him, having been diagnosed of cancer, the house lights bearing down on him, sweat pouring from his face, Marley sang a personal prayer that invited us all in:
How long shall they kill our prophets
While we stand aside and look
Some say it's just a part of it
We've got to fulfill the book
Won't you help to sing,
These songs of freedom
'Cause all I ever had, redemption songs
All I ever had, redemption songs
These songs of freedom 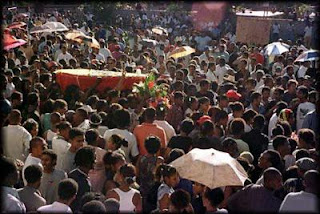 Bob Marley died on 11th May 1981 and received a state funeral in Jamaica. Rest on Great Man that influenced the peoples of the world with reggae music. Rest on King of Reggae!


Posted by emeksmusic at 9:06 AM No comments: