Born in 1942 in Memphis, Tennessee, Aretha was brought up in Detroit and her upbringing was steeped in the black gospel tradition and civil rights politics of that era. While her mother, Barbara Franklin, was a celebrated singer, his father, the Reverend C. L. Franklin, was a popular charismatic pastor. 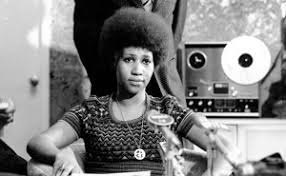 Aretha began singing in the church and at 14 she launched her professional career as a gospel singer. She released her first album, Songs of Faith, in 1956. At 18, she shifted to secular music. Her major musical break came in 1967 with ‘(You Make Me Feel Like) A Natural Woman’ which became a Top 10 hit. She won her two Grammys in 1968 and graced the cover of Time magazine.
She recorded eight No. 1 albums and 20 No. 1 hits. She transformed Otis Redding’s ‘Respect’ into a demand for dignity in a turbulent America. With ‘Respect’, she became a symbol of black equality and an icon of the feminist movement. The song was later adapted as an anthem by African-Americans in the heights of the civil rights movements. ‘Respect’ and ‘I Say a Little Prayer’ made her famous. Some of her soul-stirring songs include ‘Spirit in the Dark’, ‘Freeway of Love’, ‘I knew You Were Waiting For Me’ and ‘A Rose Is Still A Rose.’ 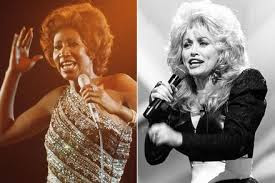 She won 18 Grammys in a career that spanned seven decades. Aretha sold over 75 million records worldwide. She was the first woman to be inducted into the Rock and Roll Hall of Fame in 1987. She performed at the presidential inaugurations of Bill Clinton and Barack Obama. She sang at the memorial service of Dr. Martin Luther King Jnr. She earned the number one spot on the Rolling Stone’s list of ‘100 Greatest Singers of all Time.’ 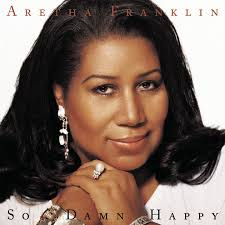 Aretha Franklin was a great singer and pianist. She transformed soul music with her rich and expressive voice. She was committed to music and she devoted her entire life to it. No doubt, Aretha was endowed with a mellifluous voice she used to entertain the world. Her life shows that it is good to be steadfast in one’s calling. Her ‘Respect’ brought respect to womanhood. 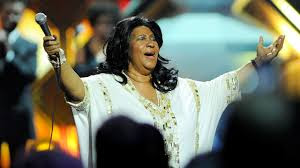 We join the rest of the world to commiserate with her family, the American people and the musical community over the irreparable loss. Goodbye, the Queen of Soul.
EMEKS MUSIC

Posted by emeksmusic at 2:50 AM No comments: